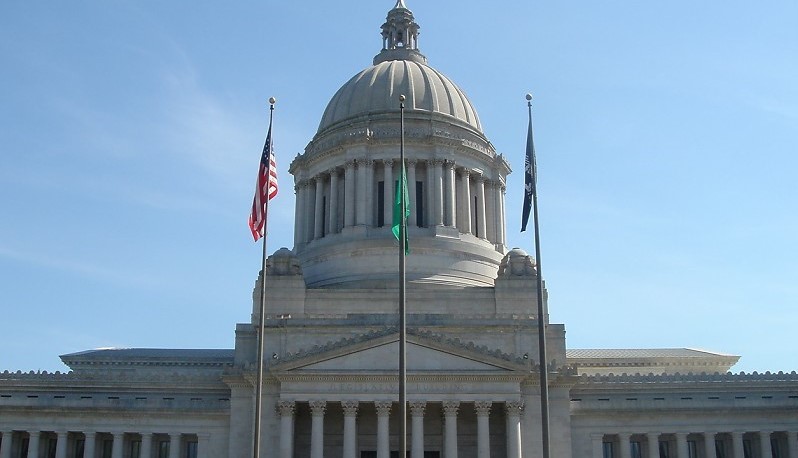 80% of Latinos say that addressing climate change is extremely important.

In Washington, Latino's experience disproportionate climate impacts and environmental injustices such as living in neighborhoods and communities with heavy air and water pollution. Coupled with the lack of social infrastructure for people of color to address their concerns, this represents a massive problem heading into the future. This is why Progreso is a part of the Yes on I-1631 campaign and a member of coalitions like Front and Centered and Alliance for Jobs and Clean Energy.

We believe in an immigration system that honors and respects the family, and strives to keep families together. This includes supporting policies that end the practice of law enforcement in 19 state counties to extend a person's detention on request from U.S Immigration and Customs Enforcement without a judicial warrant.  Progreso also supports the efforts of the state to grant drivers licenses to residents of the state, regardless of citizenship, and reject federal efforts to tighten restrictions on drivers licenses and other identification cards.

Health is crucial to the functioning of a vibrant Latino community. However, agricultural runoff and industrial toxins often impact Latinos in farming communities across Eastern Washington. These are areas where health care is already scarce and kids are vulnerable to disease and illness. This is why we advocate for a ban on toxic chemicals that are found in everything from food packaging to children's nap mats. We also advocate for the creation of a Certified Community Health Worker (CHW) program curriculum in Spanish, so that language is no longer a barrier to receiving healthcare.

Progreso is committed to strengthening the voice of the Latino community in government and public policy.

Almost 13% of the population of the State of Washington is Latino, which means our voice is crucial to passing common-sense legislation.

To do this, Progreso is championing the expansion of voting rights that make it easier to vote, as well as conducting phone banks and canvassing around issues and candidates that can best represent the issues of the Latino community. Progreso also supports the usage of Racial Impact Statements, which would require a comprehensive analysis of legislation impacting racial disproportionality and allow legislators and the public to make informed decisions.

Progreso believes in economic justice for workers. We support policies that allow liens for unpaid wages, increase potential damages for wage theft, and prevent retaliation against employees who report abuses. Progreso also supports increasing the capacity of those mechanisms that are already in place to enforce wage and hourly laws. Our goal is to grow the capacity of low-wage workers and their allies so they are better able to organize against workers rights abuses in their communities, locally and regionally. Progreso is also proud to advocate for efforts to expand opportunity to students and youth of color in order to unlock their potential.