Get to know our endorsed candidates. 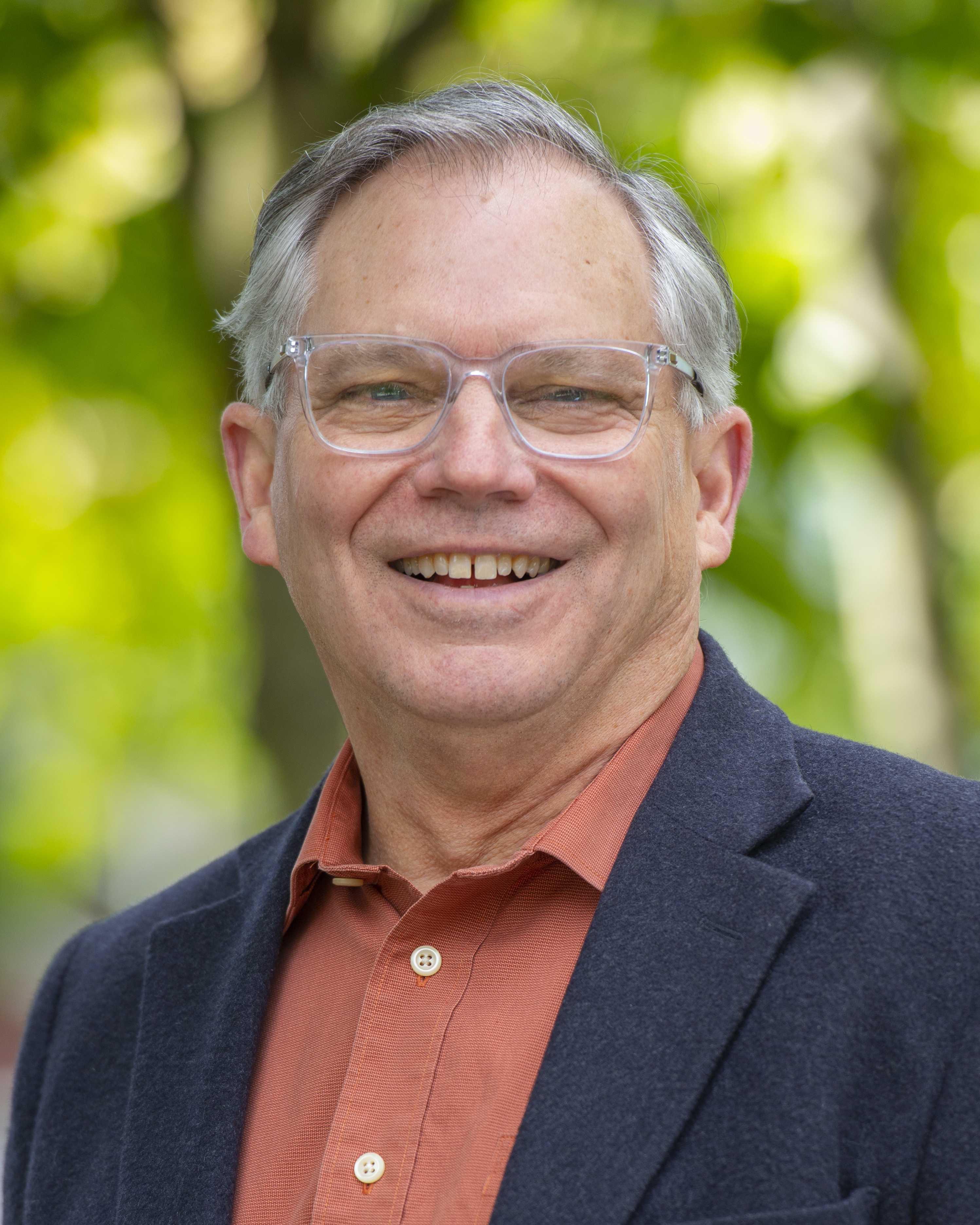 “Bill Ramos boasts an exhaustive history of government involvement, beginning with 30 years serving as a director for the US Forest Service and continuing on to over ten years as a tribal liaison for the Federal Transportation Administration. He made his first run for office in 2015, when he was elected to the Issaquah City Council. Three years later, he ran for State Representative (5th LD) and has served in this position ever since. Throughout his time in the legislature, Bill has pioneered numerous landmark transportation and public safety bills, including Move Ahead Washington. With his outstanding record as a legislator, Bill is running for re-election because he cares deeply about the communities he serves and wants to continue to create safe and affordable solutions for all Washington residents.” 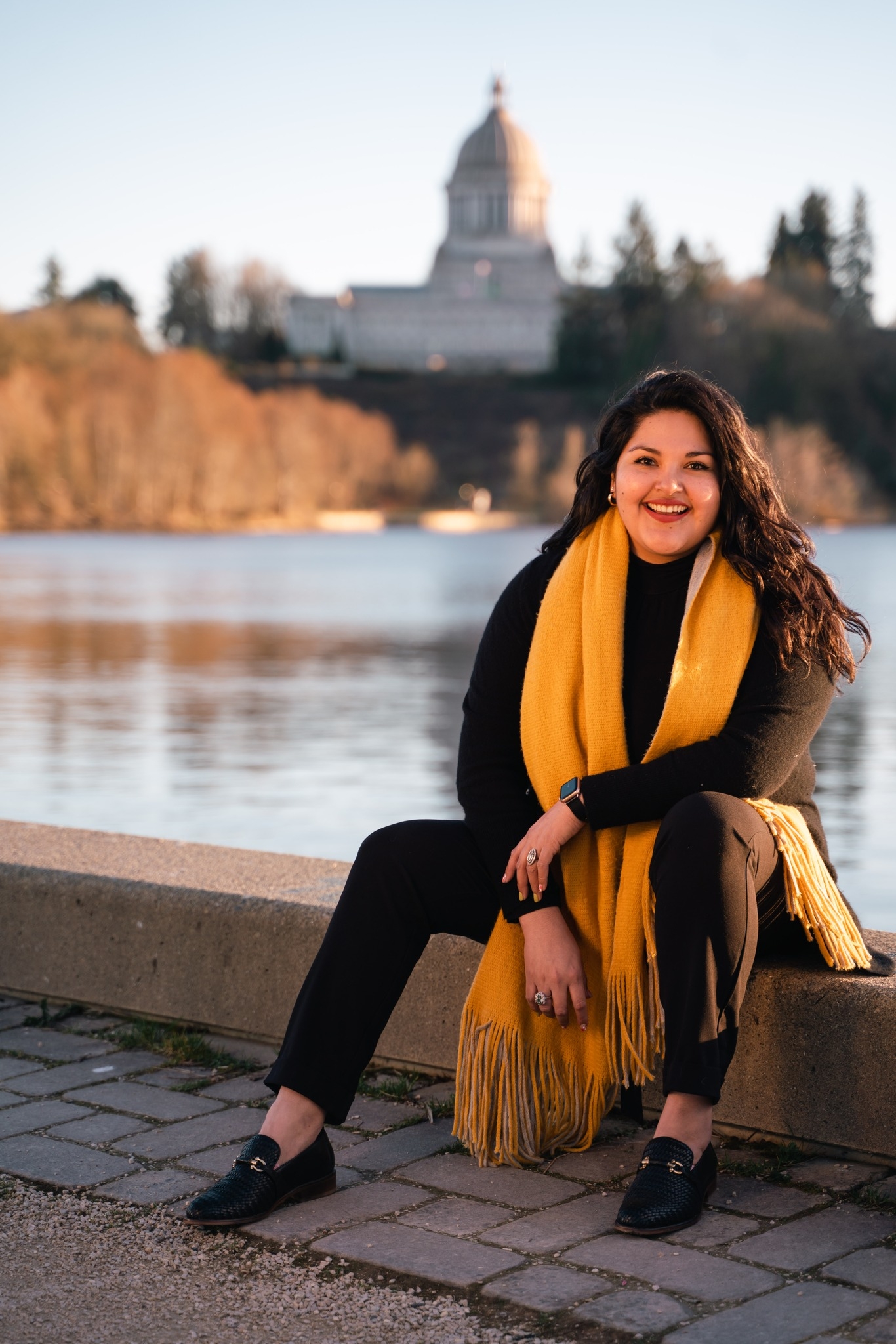 For the 22nd Legislative District

"Upon graduating with her bachelor’s degree from Western Washington University she became a freelance medical interpreter where she got her first taste of the reward that is serving people. María’s first job as a public servant was at a call center for the Health Care Authority. Within 5 years of being hired with the state, María was appointed to the Governor’s cabinet as an agency director– the youngest member of his cabinet at the time. María is no stranger to hard work as a former server and bartender, small farm administrator, and small business owner. Her achievements are a product of her dedication, grit, and her proven ability to build bridges amongst different-minded folks.

María has dedicated her career to serving working families like hers, having been raised alongside her brother by a single mother. The work is personal to her, she understands what it’s like living paycheck-to-paycheck and needing to lean on social safety nets. Through her current role, she serves on various workgroups, task forces, and committees such as the Poverty Reduction Work Group, Social Emotional Learning Workgroup, Legislative-Executive Poverty Reduction Oversight Advisory Committee, and the Supplier Diversity Subcabinet." 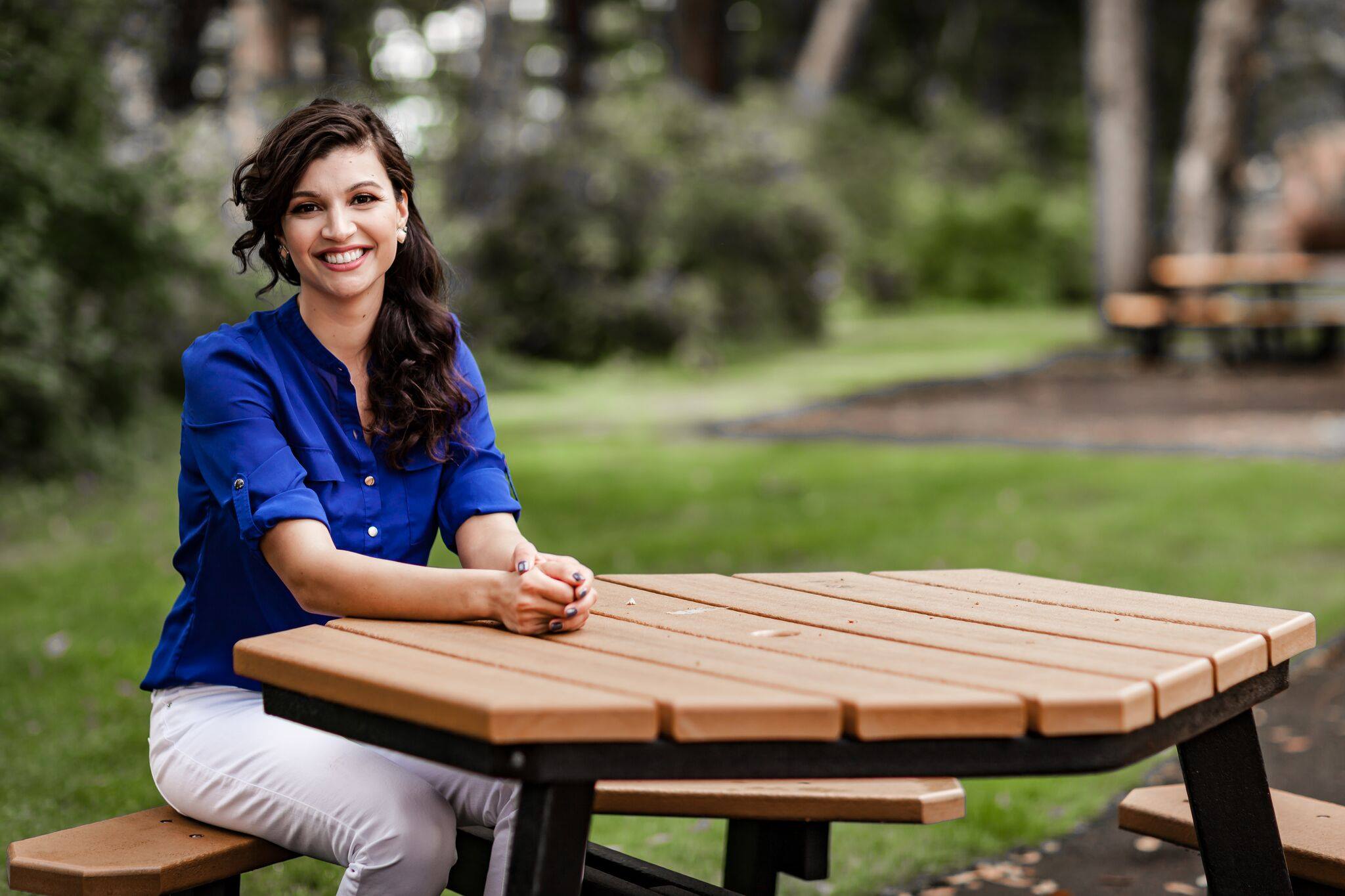 For the 29th Legislative District

"Sharlett Mena is the proud daughter of Mexican immigrants, a public servant, and a community organizer. Sharlett is a leader in the Washington State Department of Ecology where she works with governments and stakeholders to protect clean air and water, implement climate action, and advance environmental justice. Prior to joining Ecology, Sharlett worked in the U.S. House of Representatives, the Washington State Senate, and for Washington Governor Jay Inslee.  She has a decade of experience advancing policy to help working families at various levels of government. Sharlett was born and raised in the Tri-Cities, Washington. She was the first person in her family to be an American citizen and the first to graduate from college. Her parents immigrated from Mexico doing migrant farm work and cutting meat at a plant near the Tri-Cities. Sharlett’s upbringing in a working-class family informs her perspective and drives her work to empower working families through policy and change." 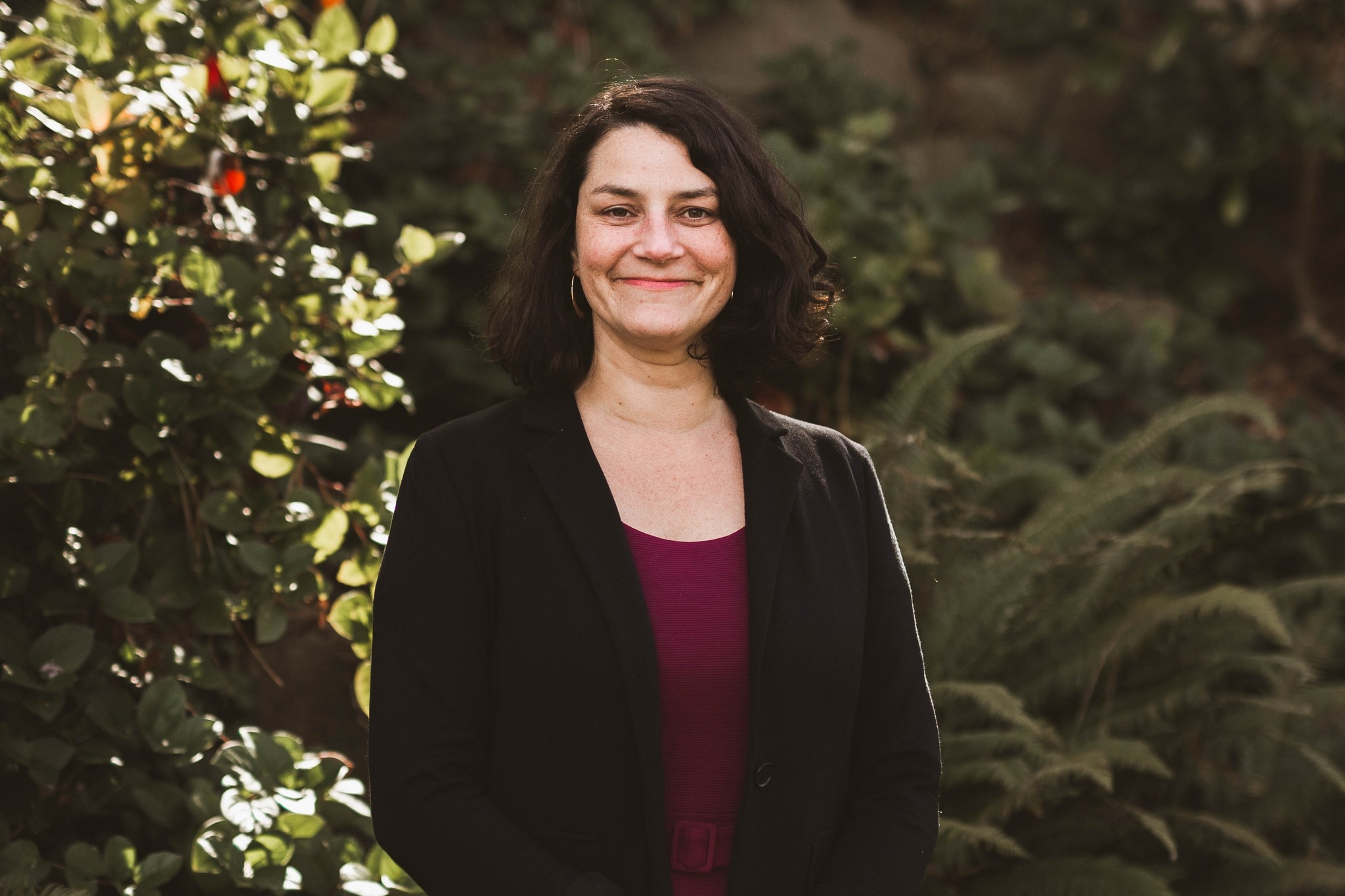 For the 34th Legislative District

"Emily is an affordable housing leader and Seattle Public Schools mom of two.

For more than a decade, Emily has worked collaboratively to create affordable housing throughout our region, championing policies and investments that foster inclusive, healthy communities and reduce homelessness. As Director of the City of Seattle Office of Housing, Emily oversaw citywide housing resources, including the Seattle Housing Levy, and worked to address displacement, support climate resilience, build supportive housing for homeless neighbors, protect renters, and expand homeownership. As an executive with a national affordable housing nonprofit, Emily supports local community organizations and connects regional efforts to national movement building and policy change. An attorney, coalition-builder, and former community organizer, Emily has fought for reproductive justice, equitable community development, and economic opportunity. Emily is the daughter of two public school educators. She grew up in a community of teachers, activists and artists, where she learned the value of public service, the importance of empathy, and the need to stand up for social and racial justice. She lives in West Seattle with her husband, two children, and rescue dog Frazer." 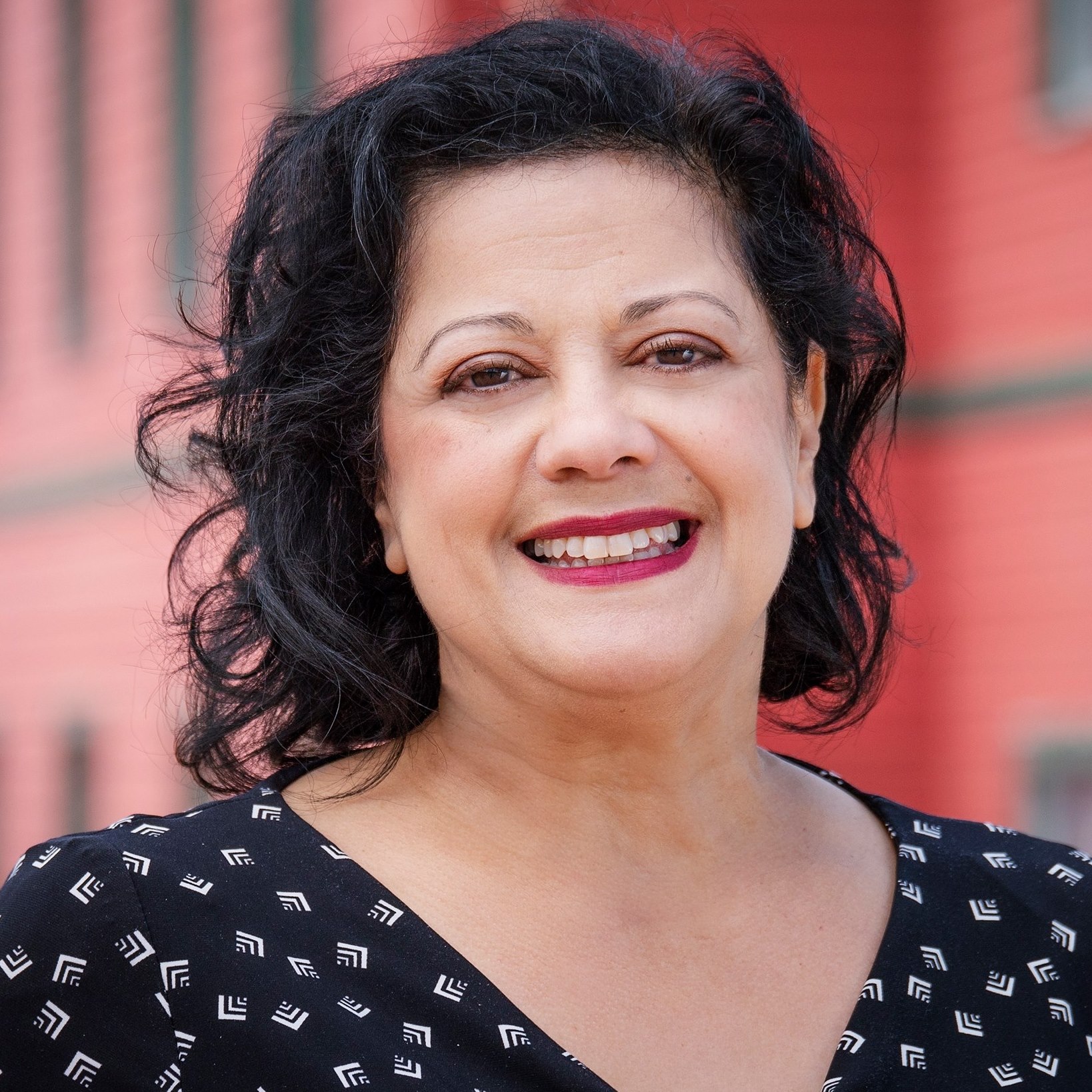 Lillian is a counselor in the Everett School District where she works with youth in both a teaching and counseling capacity. Throughout her career Lillian has worked in a variety of child service organizations that has given her a deep appreciation and understanding for human services and what they can do to help families and children. She understands the importance of addressing the “whole child”. This includes, their families and issues such as jobs; homelessness; mental and health care; and much more." 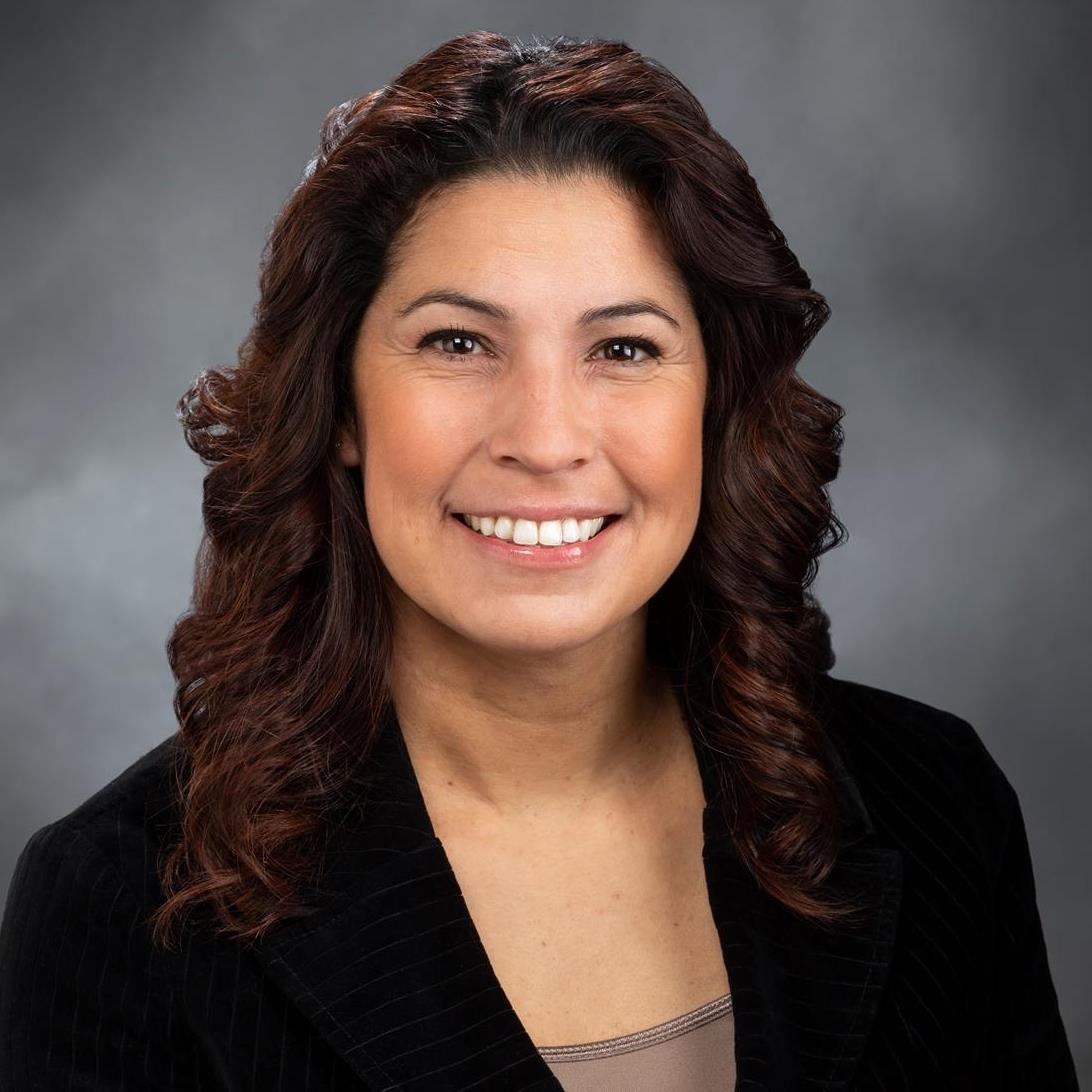 For the 49th Legislative District

"Rep. Stonier sees public service as a calling and a responsibility. She currently serves as the House Majority Floor Leader and leads her caucus on several key issues like labor and workers’ rights, public education, health care access for children, financial literacy education, and portable benefits for Washington workers of our future. She serves on the House Capital Budget Committee and is the first person of color to serve in 17th and the 49th legislative districts in Clark County.

Monica decided to run for office because she is passionate about keeping Clark County a great place to raise a family. Monica believes a good representative is one who listens to the community and makes decisions based on that two-way communication, advocates for ALL community members, and works toward an effective government and respectful debate.

Professionally, Monica still works as an instructional coach in Evergreen Public Schools. She is currently focused on ensuring students who receive special services also have access to their legally protected experiences in the general education setting and making sure they have the supports they need to be successful. Politically, Rep. Stonier is known for her steadfast advocacy for issues of justice and working across the aisle to best serve the state of Washington. Her noteworthy and defining successes include passage of key pro-labor bills in Washington and garnering bipartisan support for Breakfast After the Bell, de-linking passage of the state test for high school graduation and expanding health care access for students in school-based healthcare centers." 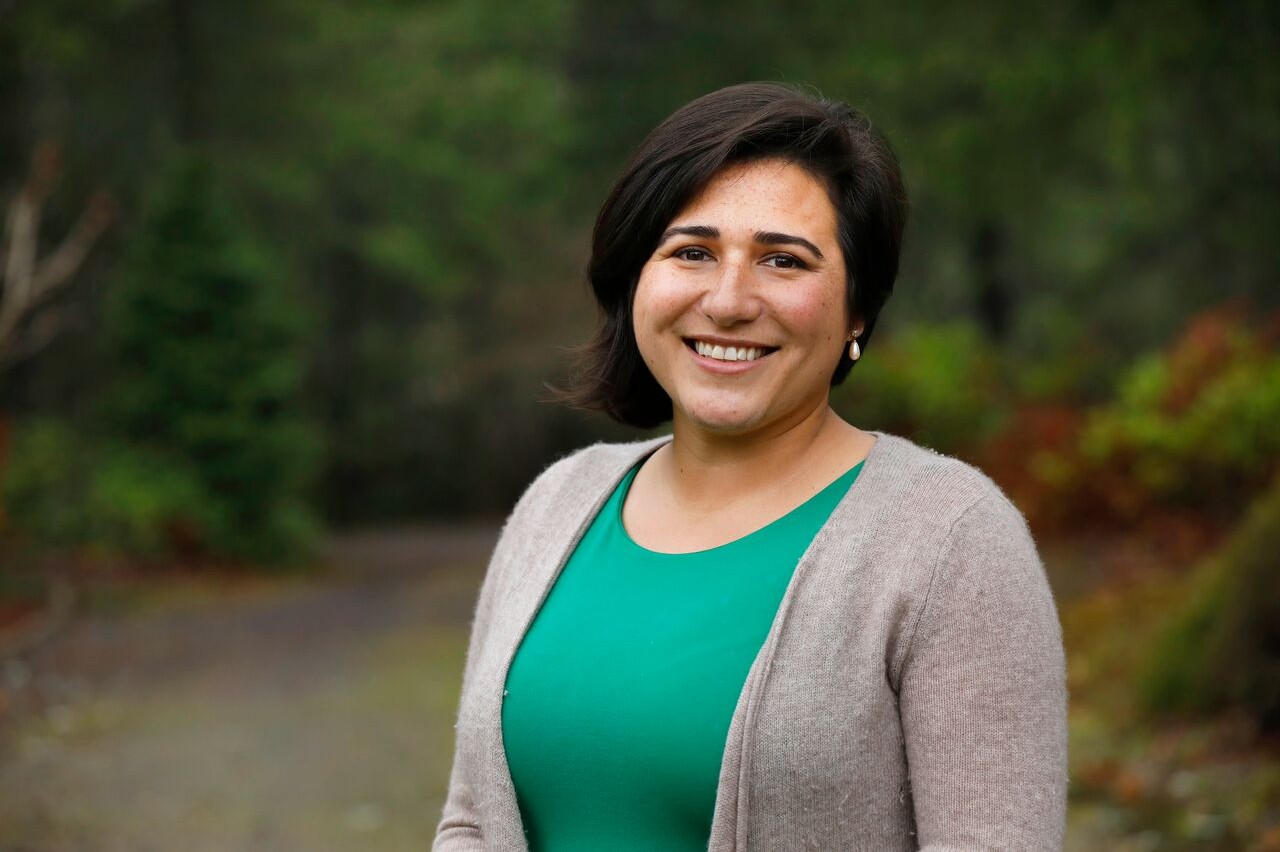 For the 26th Legislative District

"Emily was raised in Port Orchard and is the daughter of two union workers — her father worked at Puget Sound Naval Shipyard for over 25 years, and her mother has been a paraeducator at South Kitsap High School for 20 year. Emily understands that our community has struggled to bounce back after the recession and that we need to refocus on building our local economy, including bringing back living wage jobs with benefits. Emily has dedicated her career to helping expand access to affordable healthcare for women, kids, and LGBTQ folks across the country. She knows how important affordable healthcare is for all families in our district. Emily’s sister Olivia was born with complex disabilities, and because of their family’s access to Medicaid, Olivia was able to live a happy life for 19 years in their family home. Emily believes no one should go bankrupt or risk losing their jobs to take care of family members in need — and with healthcare at risk at the national level, it’s time for states like Washington to pick up the slack.

In 2018, Emily won a historic election to become the first Latina elected in the 26th District. Since elected, she has focused on delivering results to expand our local economy, improve access to high quality education, and to lower healthcare and prescription drug costs. She is running for re-election to continue her work finding solutions that put people first." 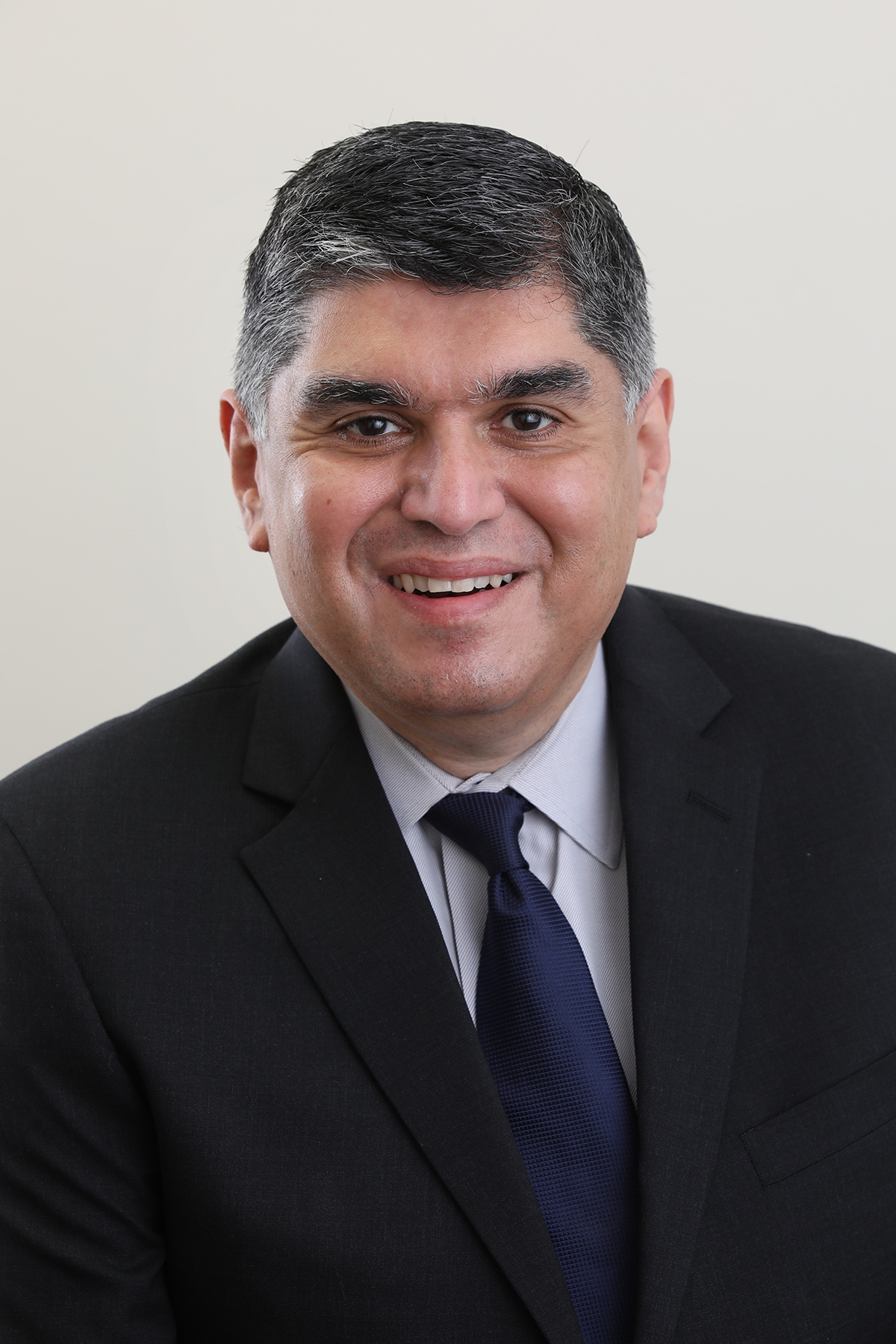 For the 46th Legislative District

"Javier Valdez is the proud son and grandson of farmworkers and laborers.

A product of public education, Javier holds a bachelor’s degree in business administration from the University of Washington and a master’s degree in public administration from Baruch College, the City University of New York, as a participant in the National Urban Fellows program. Javier has worked for the City of Seattle for over 25 years, mostly in positions helping women and minority owned businesses get city contracts. A longtime leader in Washington’s Democratic Party, Javier currently serves as one of Washington State’s representatives to the Democratic National Committee.  Javier is also former chair of both the 43rd and 46th District Democratic Party organizations. A leader in the Latino community, Javier previously served as a board member for the Washington State Hispanic Chamber of Commerce and president of Hispanic Seafair.

A proud member of organized labor, Javier served for several years as the first president of the Washington State Council of County and City Employees (AFSCME Council 2), Local 21-C, and previously was a delegate to the Martin Luther King County Labor Council. Javier was appointed to the state house in 2017 and subsequently won election in 2018 and 2020. In the state house, Javier currently chairs the State Government & Tribal Relations and also serves on Civil Rights & Judiciary and Transportation. 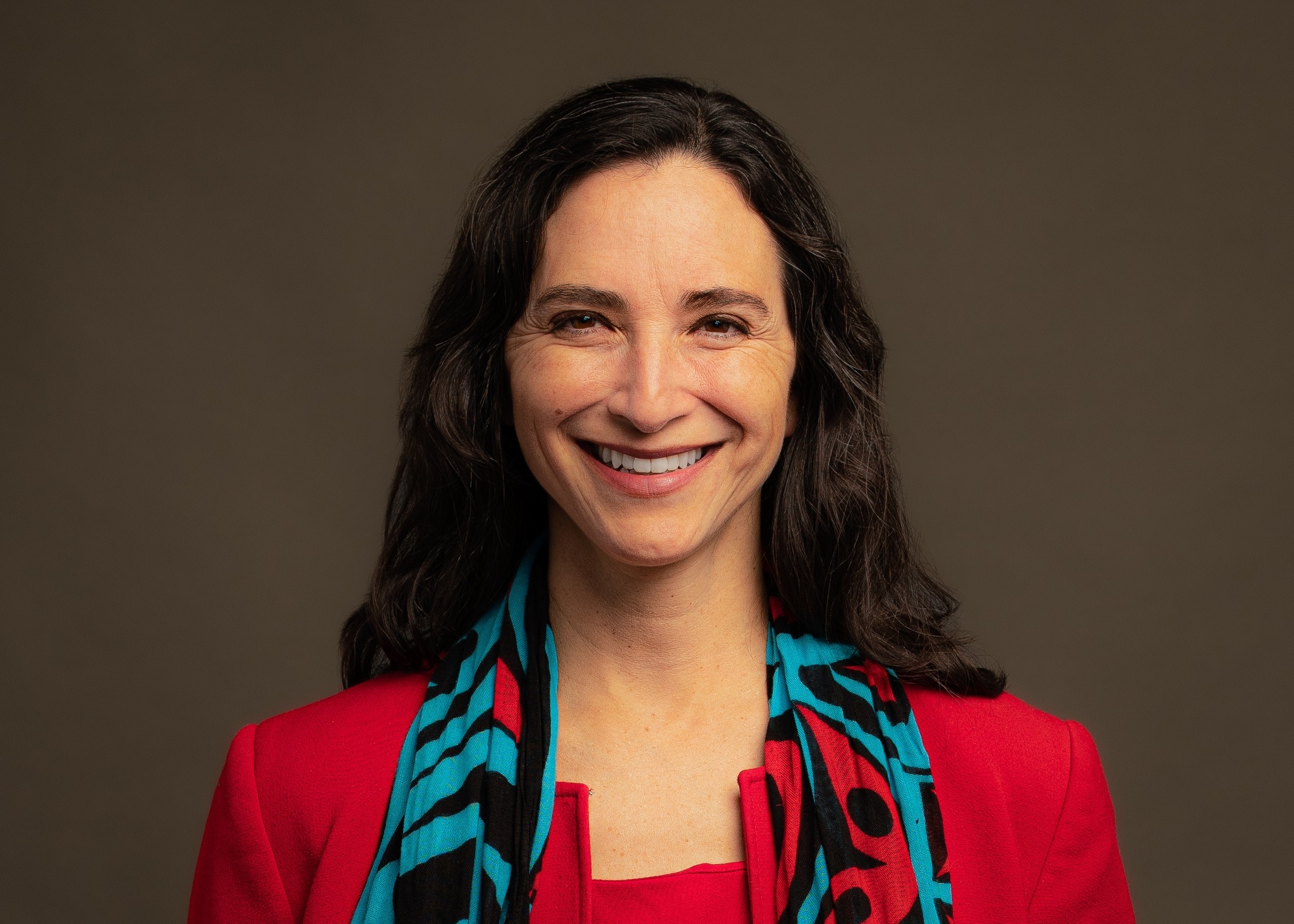 For the 37th Legislative District

"Raised in Seattle in a union household, I learned early on the importance of working together in community to fight discrimination and injustice. The values I learned at home are what led me to begin my career as a union organizer. I have lived and worked in our community my entire life. My husband David and I raise our family in Rainier Beach.

I have dedicated my career to standing up for immigrant rights, a fair economy, and a more equitable society. I’m honored that I started as a union organizer working among janitors in Seattle and farmworkers in Oregon.

As a non-profit executive, I fought for policies that serve all of our communities. As your State Senator, I am a fierce advocate for workers, immigrants, seniors, women, children and communities of color.

In Olympia and back home in the 37th I am a strong voice for our community. I stand up for our most deeply held values: inclusion, dignity, and justice for all."